From Analyticom Wiki
Jump to navigation Jump to search 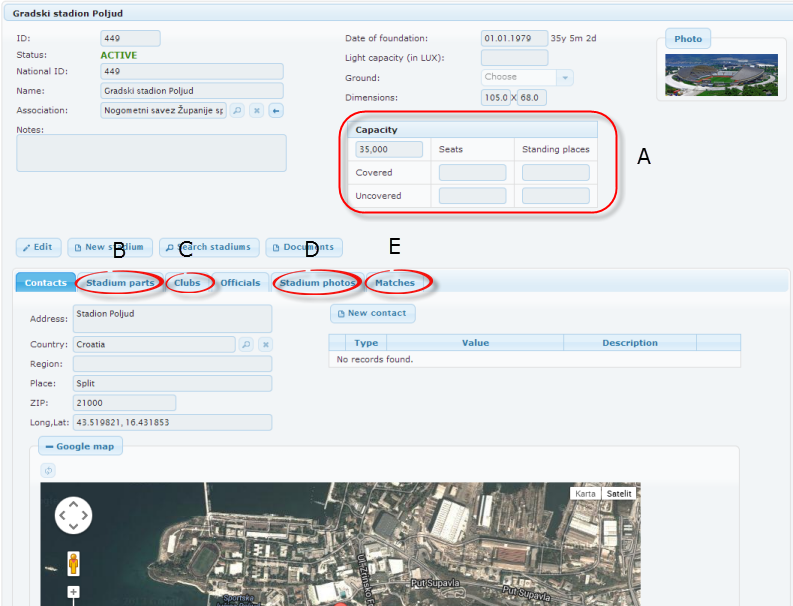 A click on a "Matches" tab opens a calendar of all scheduled matches that were or will be played on that stadium. It shows matches of all clubs using that stadium. On the first screen open all the matches scheduled for a current month, but it is also possible to review matches by month, week or by day (See image bellow). 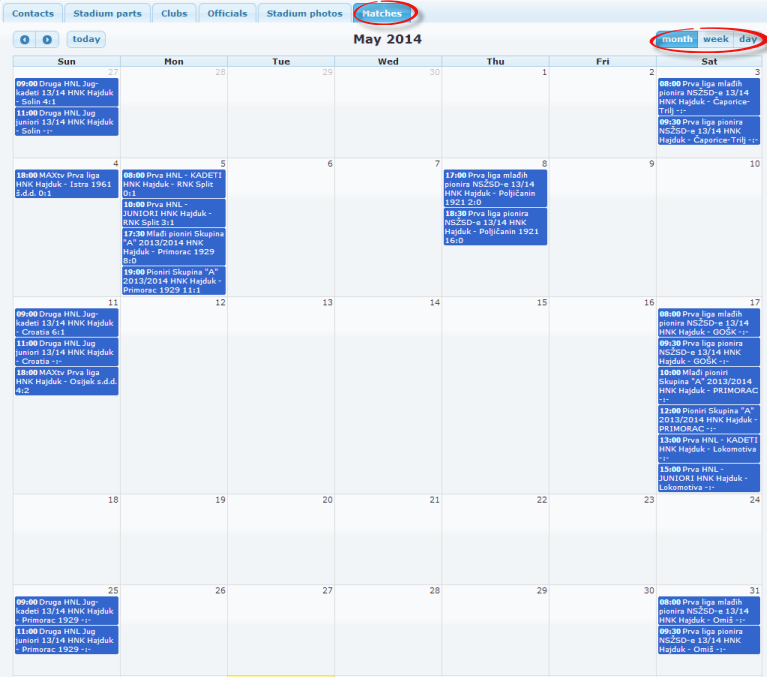 All other data segments are the same as for associations (i.e. general data, contacts, status log).

"Colour" of the Competition

While creating the competition, there is a functionality that enables you to select the colour of the competition so that all the matches of the respective competition appear on the calendar marked in a previously selected colour. In order to do so, press the "Edit" button, select the desired colour and then press the "Save" button. 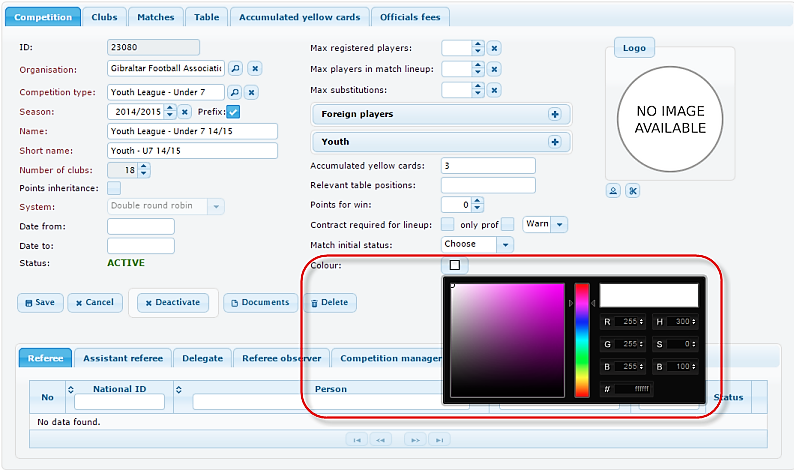 After that, upon the click on the "Matches" tab of the desired stadium, all the matches played on that stadium will appear marked in accordance with the previously selected competition colour. 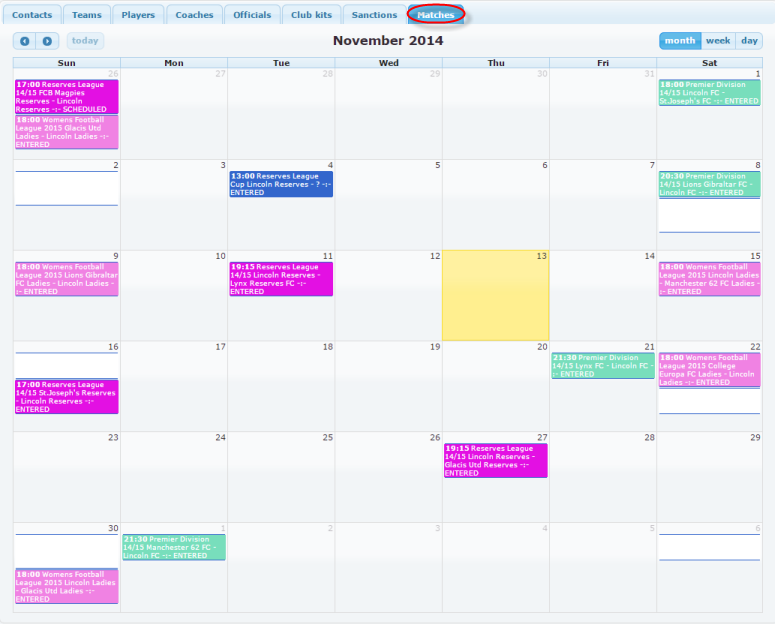