To create or search for intermediaries in the system, click the menu item "Associations" on the main menu. Intermediaries may be natural or legal entities, for that reason, COMET allows two different types of entry, to reflect the current situation in accordance with the FIFA regulations. 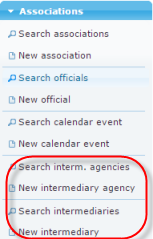 Legal persons are entered in the system as "Intermediary agencies“, and the creation process is much like creating any other organization in the System. 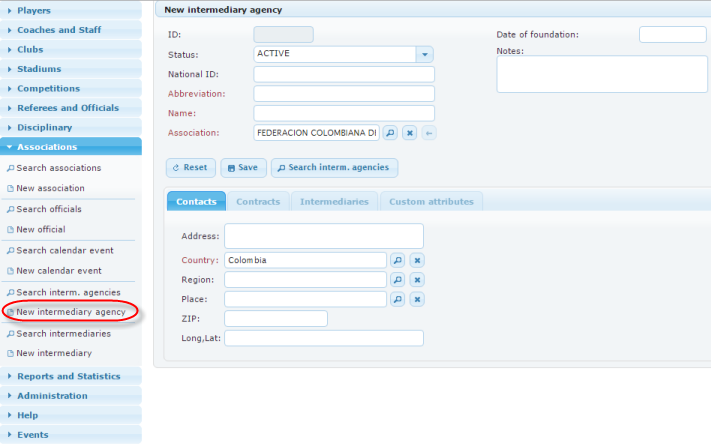 Note: Each intermediary needs to have an Intermediary Declaration in accordance with the FIFA “Regulations on working with intermediaries“. As every other document, the System allows you to upload the Declaration, if your Association requires so. 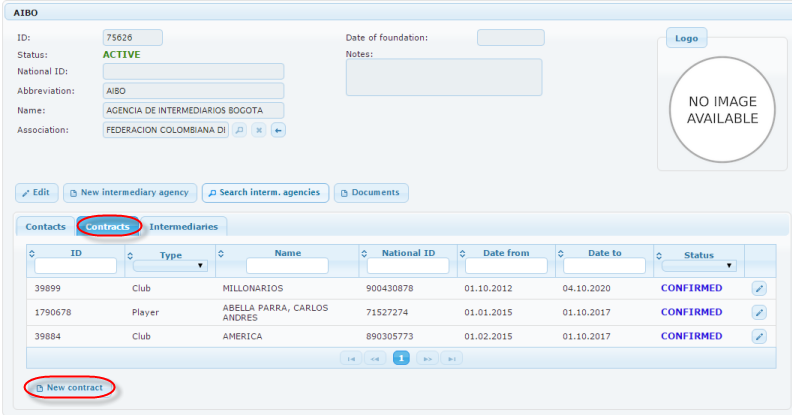 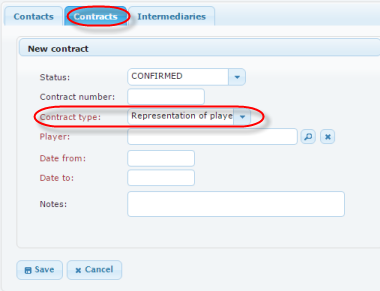 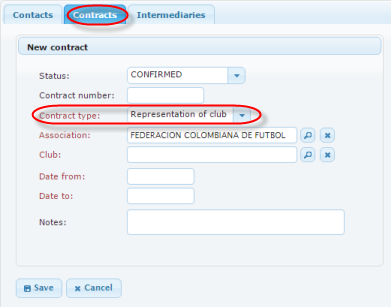 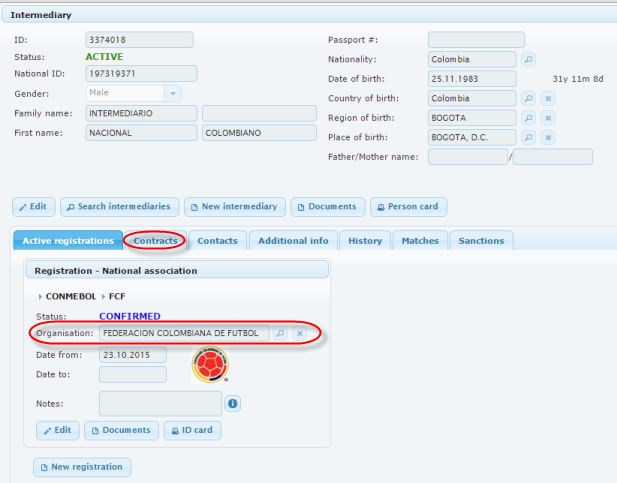 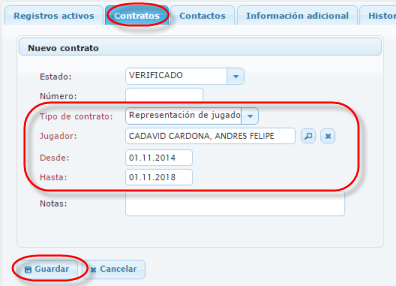 Once you have successfully entered the representation contract between the intermediary and a player or a club, the intermediaries can be included in the player's contract with the club, or the player transfers from one club to another.

Participation of intermediaries in negotiations

Add intermediary to a contract with a club

If an intermediary participates in contract negotiation between player and club, the information on intermediaries and their remuneration are added as a part of a new contract. To add or modify the contract with a club, press the "Active Contracts" tab, and then click on the "Change contract" and finally the button that enables the entry of intermediaries ("+ Intermediary"). 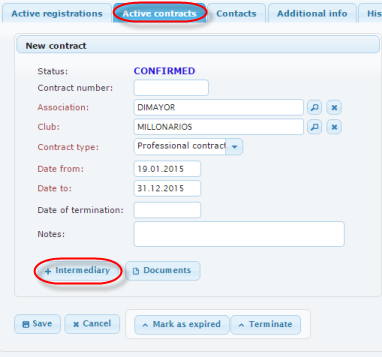 Click on the "+ Intermediary" button opens the screen for selecting the contracting and the contracted parties. 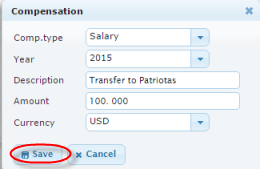 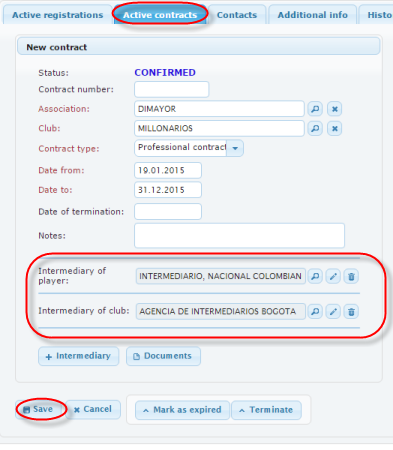 Once the contract has been successfully saved, the intermediary data will appear on the screen and the "Search", "Edit" and "Delete" buttons will be disabled. 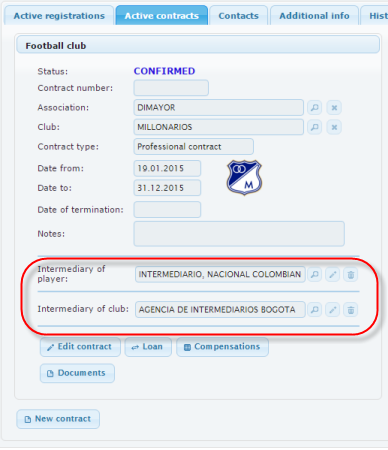 Add intermediary to a player transfer 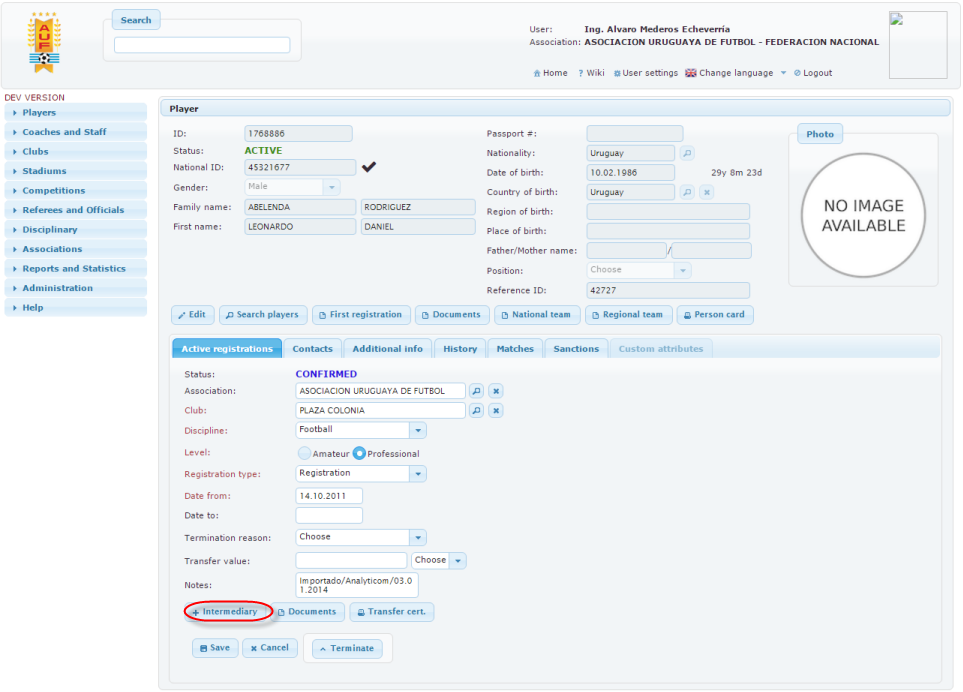 Click on the "+ Intermediary" button opens the screen for selecting the contracting and the contracted parties.

The workflow is the same as the workflow of entering contract between player and club, with the only difference that in case of transfers, the involved parties are the club of origin and the destination club. 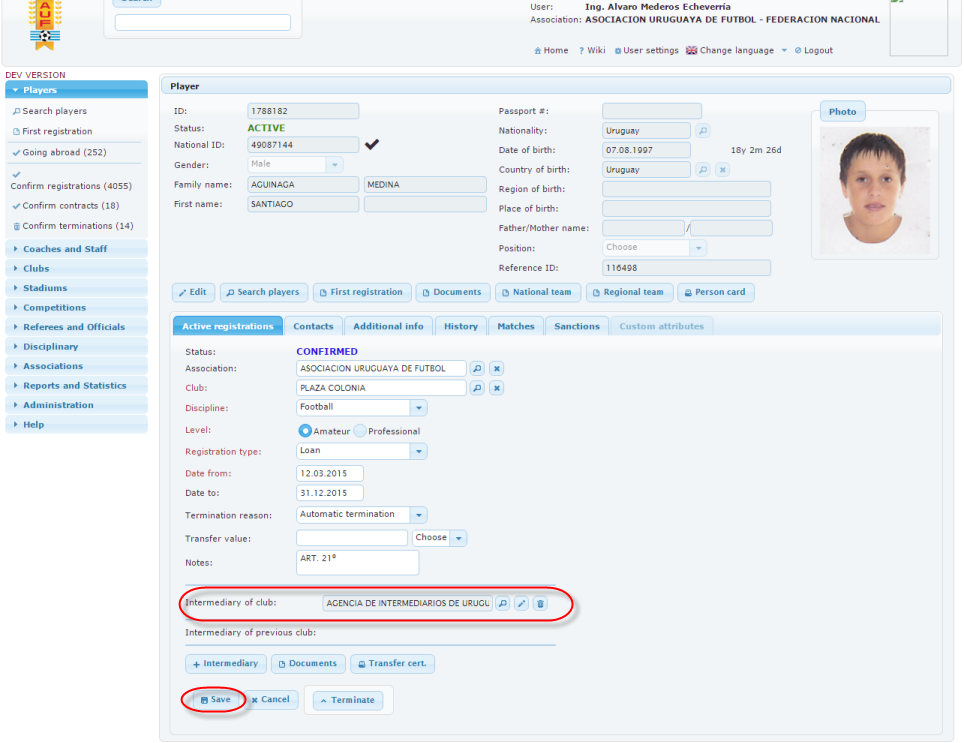 Once you have added intermediaries to a transfer, you need to save the player registration in order to successfully store the intermediary data in the System. 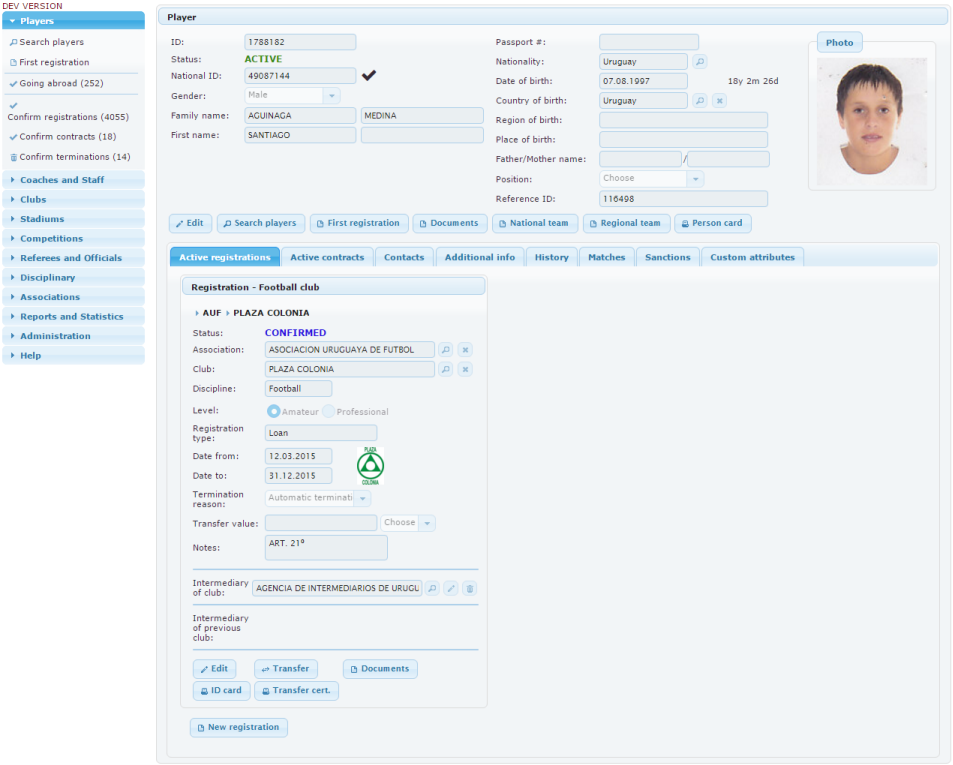 To be able to edit or delete intermediary data, press the "Edit contract" button to enable the “Search“, “Edit“ and “Delete“ buttons. 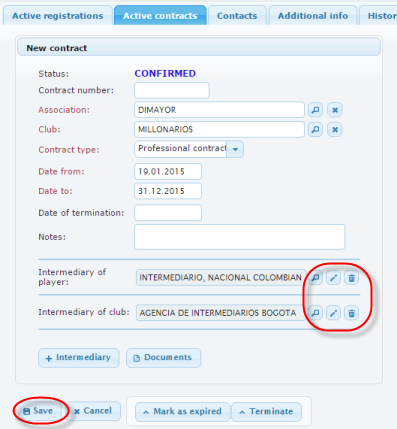 Confirm the transaction by clicking the "Delete" button. To complete successfully the whole process, press the "Save" button at the bottom of the "Active contracts" screen.

If you have an adequate role, the System allows you to consult at any time all the intermediaries involved in player contracts or transfers to another club. In order to do so, press the "History" tab on the desired player's form. 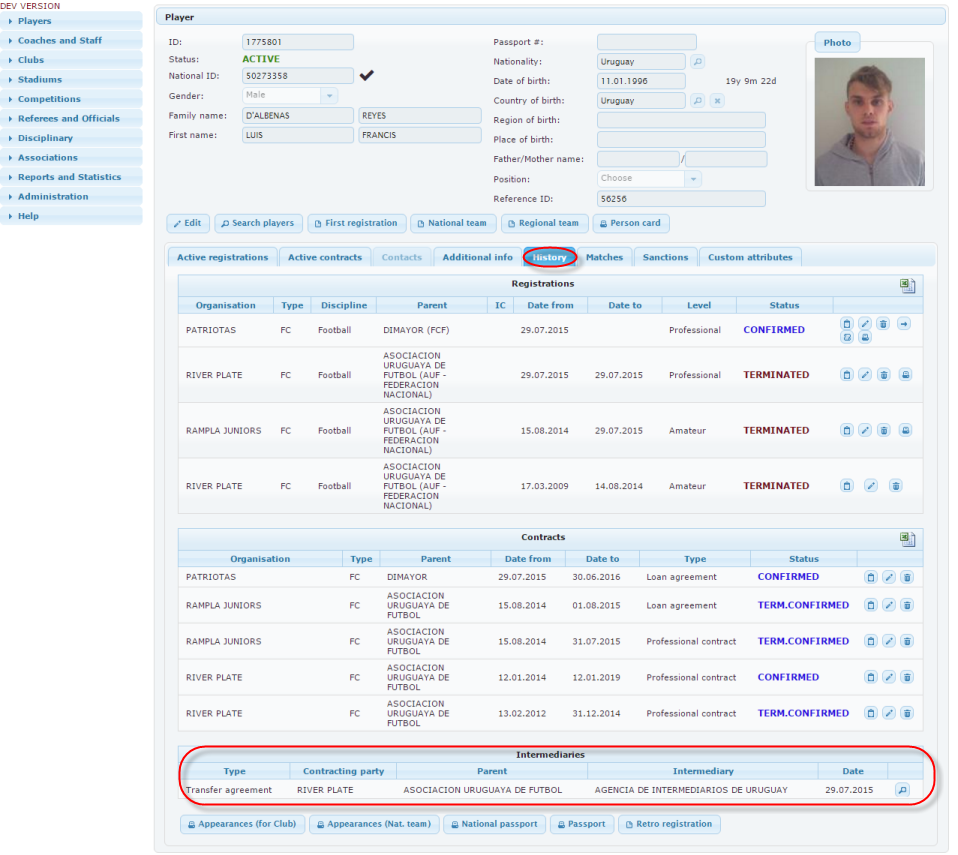 As always, after entering data into COMET, the system allows you to consult and to get various reports and statistics. If you have an adequate user role, click on the menu item "Associations" in the "Reports and Statistics" module. After entering a desired search criteria, with one click you can obtain reports related to intermediaries (persons or agencies). You can obtain the following reports: "List of registered intermediaries", "List of intermediary representation contracts", "List of recorded intermediary transactions" and "List of recorded intermediary transactions with amounts" – on which you can consult the fees / rewards received in exchange for provided services.